“Momma – How many more days til PawPaw gets here?”

Emma’s favorite question for about a week now.  To say she’s excited that he’s coming to visit would be an understatement.

Whenever I’ve answered this question, her usual response has been loud groaning and whining “Ughhhhhh, that’s too long.”

And I totally get it.  She’s frustrated that he isn’t here yet.  I probably should have never shown her the countdown app on my phone.  She’s 7 and doesn’t exibit that level of patience (at times I don’t either).  She misses him, wants him here, and there are just too many days left on that count down for her.  You see, she hasn’t seen her PawPaw in over a year – and of course that feels like an eternity for her.  Yes, she gets to talk to him on the phone – not as often as we’d like to.  And yes, she gets to occasionally FaceTime, but it’s not the same, and she knows it.  We have to keep reminding her that Grammy is coming too.  It’s not that she isn’t excited about Grammy (she absolutely adores her), but the bond she has with her PawPaw is indescribable and he just takes precedence – over anyone and anything.  (My two previous posts The Reunion and Precious Moments might help explain the bond a little more)

Last night, while PawPaw and Emma were on the phone, I really got to see how much she adores him.  The laughing, giggling, jokes, and small talk all while smiling.  (I imagine he was beaming on the other end too).  They haven’t spoken in a little while, but it was like no time has gone by at all.  I found myself getting teary listening to them towards the end of their convo.  Here’s a little snippet:

PawPaw: “Miss Emma, I’ll be there in four more days.  All you have to do is wake up 4 more times and you and Daddy will be picking me and Grammy up from the airport.”

Emma (whining and throwing her head back): “Ugggghhhhh, that’s tooooooo long.  Toooo. Many. Days.  I wish you were here now!  I haven’t seen you in sooooo long!”

PawPaw: “I know, PawPaw wishes too.  I sure do miss you.”

Emma: “I miss you sooooooo much.”

They said their “I love yous” and “see you soons” and talked about getting/giving their “sugar” and got off the phone.  I couldn’t help but tear up and smile at the same time.  It’s just amazing to listen to them.

But, seriously, thank goodness they’ll be here Friday morning and the countdown can come to an end!  They are flying in for Emma’s First Holy Communion and staying for a long weekend.  We’re looking forward to a s-l-o-w four days of spending time with PawPaw and Grammy.  I think there may be a teeny bit of spoiling, but I know there will be lots and lots and lots of hugs! 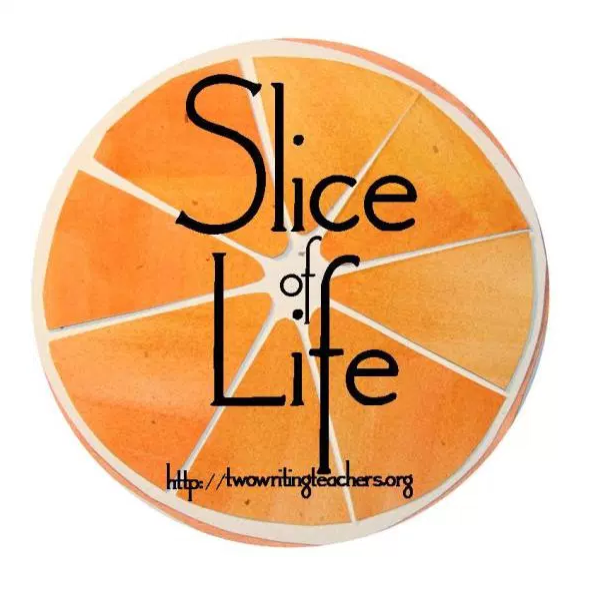 Slice of Life Writings by Diane

A Time To Write

Thoughts that may take you on a journey...

"writing is the painting of the voice" -Voltaire-

Smile! You’re at the best WordPress.com site ever

Tiny Slice Of My Life

small slices from my life

Count it All Joy

There is always something to be thankful for. I can't wait to find joy even on the days it may be harder to see. Thanks for joining me!

life, in slices
Writing and Laughing

Capturing the blessings in my life through words and photos

A bit of this, a bit of that, the meandering thoughts of a dreamer.

This is where I write.

musings and stories by a wife, mom, teacher

To Know and Nurture a Reader
Georgia Writes

Writing is an exploration.  You start from nothing and learn as you go. - E.L. Doctorow

Confessions of a Real Teacher

Inside the non-pinterest worthy classroom

the only way to do it

The Savvy Teacher
Reflections from a Coach

you can only lead as far as you grow

Teacher of all Things

Taking on the challenge to live a writerly life!

From Practice to Print

Two teachers working to advance a sense of agency for all

It's not always pretty...but it certainly is Joyous

Be Who You are

"How vain it is to sit down to write when you have not stood up to live! Methinks that the moment my legs begin to move my thoughts begin to flow..." -- Henry David Thoreau, August 19, 1851

Reading to the Core

The Life of a Mom, Teacher and Wife

It's Just Another Day

Adrienne's Slice of Life
The Mom Who Writes

Practicing What I Teach